How it all started

Twenty years ago I came up with the name 'RadiAsian'. Throughout the winter of 2015, I unfortunately ended up homeless and sleeping in my old 7 series (which was rammed full of studio gear) between work shifts. Feb 2016- I had a few ounces of gold and 100 ounces of silver which I sold to keep the car running and rented a room in East London. I used to do my university assignments in my car and patch into the Wi-Fi connection at the local cafe to submit them before the deadline. Within a week of having the keys to the room, RadiAsian was incorporated, website, phone lines, broadcast servers, banners and licensing sorted. The bed was thrown out and the room was kitted out into a broadcast studio. I started presenting my own show on 'RadiAsian.London'. I started with a small, yet important, number of listeners. Today my show's reach is international, so it was a natural move to rename to 'RadiAsian.World'. RadiAsian...The No.1 Station for the Asian Invasion!

Salute to my parents, because without them I wouldn't be ambitious or into music. Mum has always had an excellent singing voice and knowledge of scriptures.

No longer on the physical plane but supporting me on the astral. He used to eat out of a huge cooking pot. Hence the name. RIP. 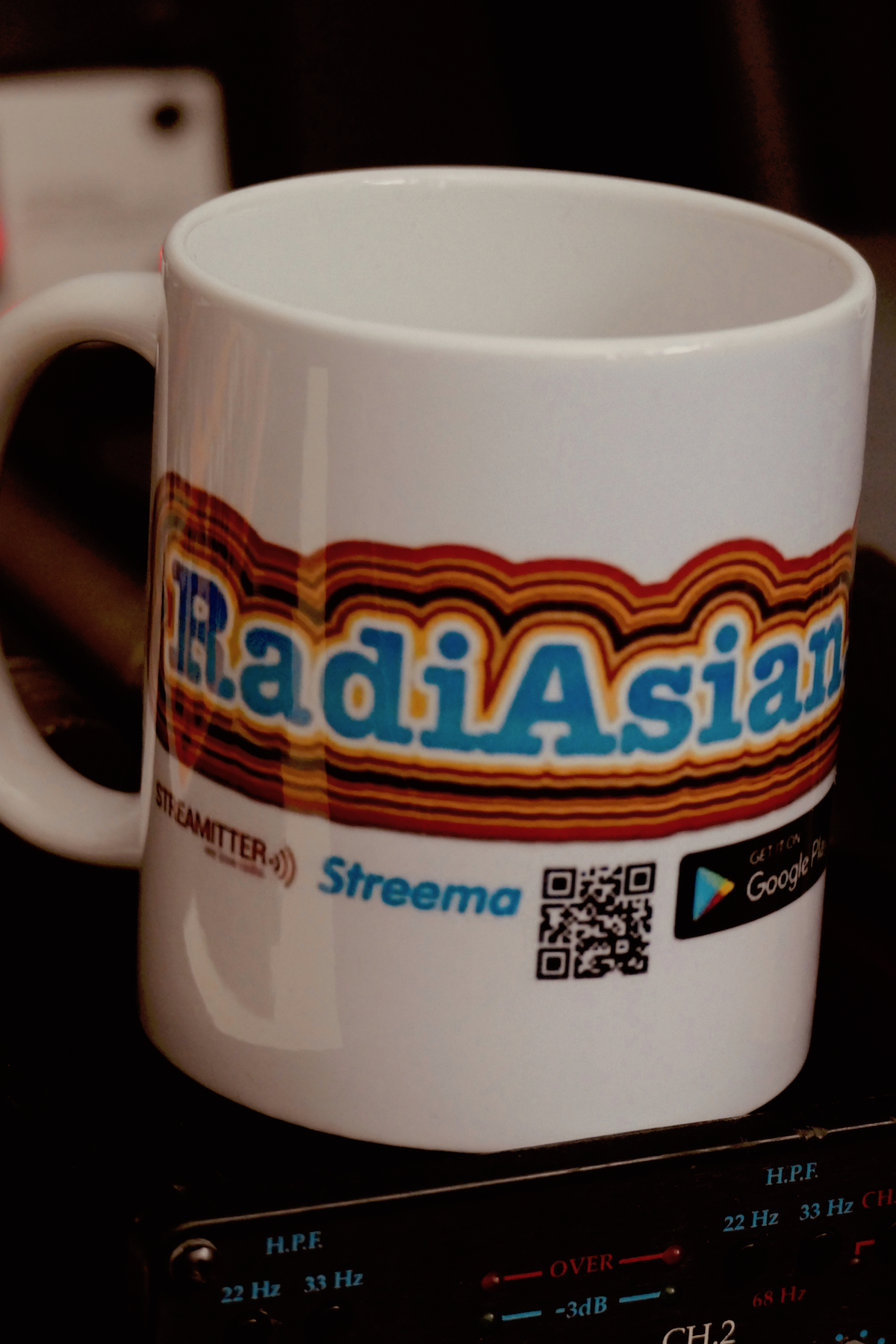 I built the RadiAsian platform with a few key objectives:

To provide a platform to showcase great music on an international scale.

To provide a voice for the oppressed and silenced who suffer under unjust conditions.

To provide various angles on a subject unlike MSM which systematically pushes the official narrative. Listeners aren't stupid. They can make up their own minds.

A bridge of communication with my sons who hardly see me as I'm constantly working.

To put my studio gear and engineering skills to good use.

To create a legacy for the next generation.

No illusions- I don't pay for social media likes and followers etc. I do regularly share my show listenership and reach.

There is no team, I am one man alone who slaves in the studio. However, God the Almighty is on my side.

Manage Cookie Consent
To provide the best experiences, we use technologies like cookies to store and/or access device information. Consenting to these technologies will allow us to process data such as browsing behavior or unique IDs on this site. Not consenting or withdrawing consent, may adversely affect certain features and functions.
Manage options Manage services Manage vendors Read more about these purposes
View preferences
{title} {title} {title}